Parents and Board of Directors

Parents and Board of Directors 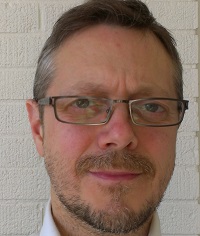 Luca graduated in Turin in Law but after a few months, he moved to Toronto, where for several years he held various commercial activities, particularly in the export of telecommunications technologies.

In 2000, he returned to Italy to work in large multinational companies, such as FIAT, Telefonica and British Telecom. But Canada's appeal made itself felt so that, in 2007, he re-established himself in Toronto, the city where he began his new career as an Italian language teacher, working for the Centro Scuola e Cultura Italiana, the Italian Cultural Institute, the TDSB-Continuing Studies and the Lycée Francais de Toronto. In 2011, he graduated in Pedagogy at the U.O.I.T university and obtained the O.C.T. qualification to teach the nursery and primary school programs.

At the same time, he obtained certification as a French teacher. In 2011, he started his own educational project to teach the Italian language to children from 2 to 14 years, a project from which the Accademia dei Ragazzi was born. 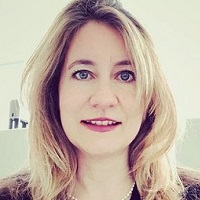 Originally from Milan, Italy, Sara Riboldi is a lawyer who moved to Canada in 2002 and became accredited to practise law in Ontario in 2006 after graduating from the Law School of Western University. Sara specializes in issues of international law and for years has been devoting time to legal matters relating to not-for-profit organizations. Passionate about legal aspects of cultural heritage, Sara obtained an Art Law Diploma in 2014 from the Institute of Art Law in London UK. Mother of a wonderful daughter born in Toronto in 2009, Sara has been committed to raise her with a bilingual Italian and English education and culture. 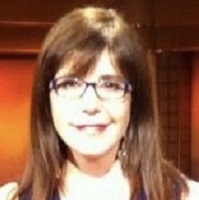 Daniela has lived in Toronto since December 2000. She is a writer with a strong passion for teaching and for the Italian language and culture. She speaks to her daughter in Italian and to keep the conversation alive, she was happy to start a new exciting adventure with other parents with the Accademia dei Ragazzi. Before embracing her PhD project on multicultural policies for ethnic broadcasting media in Canada, Daniela has been working as a professional journalist and a film critic. In Toronto, she has been a staff reporter for the newspaper Corriere Canadese and a News Anchor, On-Air Host, Producer and reporter for the Italian News at OMNI Television. 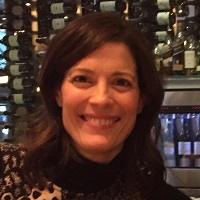 Laura was born in Canada to Italian parents. She has an Honours Bachelor degree in Psychology and a Masters of Social Work both from the University of Toronto. She also worked as an actor and co-producer, in the film and television industry. During which time she was on-air host for Telelatino Network. She is grateful that her parents and grandparents had the foresight and perseverance to share their Italian language and heritage all the while trying to adapt and succeed in their new country.

Now married to a 'True' Italian, Laura works part-time as a School Social Worker and is a full-time mother of 4 children.

She is excited to share this adventure of raising bilingual children with the other families of the Accademia. 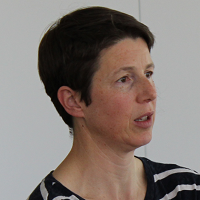 Elena Basile lives in Toronto since 1996. Having come to Canada to complete her MA and PhD studies, she eventually decided to stay. She now teaches at the post-secondary level (University of Toronto and York University) and has her own family. She is part of the small group of parents who have trusted in Luca Marchetti’s professionalism and pedagogical innovation since 2013. A passionate supporter of a multilingual and multicultural education, she contributes to the life of the Accademia dei Ragazzi through her professional competences as a scholar of translation and studies on multilingualism. 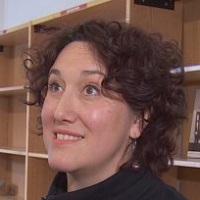 Happie Testa is a bookseller and self-styled cultural entrepreneur with both feet firmly planted in multiple cultures and passionate about French/English bilingualism as well as interculturalism. Born in Canada, raised in Italy, returned to Canada at 18 with frequent interludes in Italy, Happie is proudly Italian and proudly Canadian. In Canada she met her Iranian-born and honourary Italian husband with whom she has one daughter, Stella, who speaks 3 languages and, depending on the day, calls herself Italian, Montrealer, Canadian and Iranian. 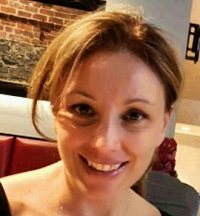 Sandra Agostino graduated from “La Sapienza” University of Rome and holds a Master’s degree in Business Communications. Passionate about Neuro Linguistic Programming (NLP) and Social Psychology, she focuses mainly on Communication and Marketing strategies. In Italy she worked as Marketing Manager for several companies specialized in Advertising and Communication.

In 2014 she moves to Toronto with her husband and two sons. From 2014 to 2016 she worked for a Canadian company leader in importing food products and wine from Italy. Currently, she works for the Italian Trade Commission, an institutional agency that promotes the international development of Italian companies. She is happy to collaborate with the other parents to support the “Accademia dei Ragazzi” and to give her kids an amazing opportunity to be proud to be Italians and fully bilingual.